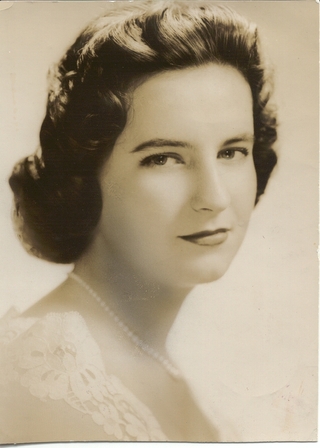 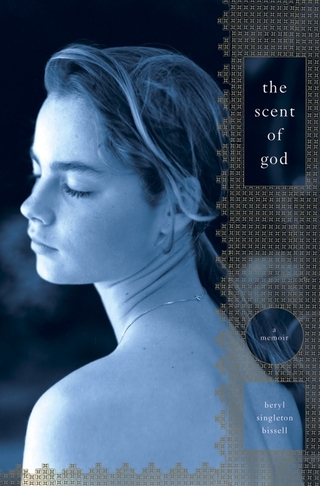 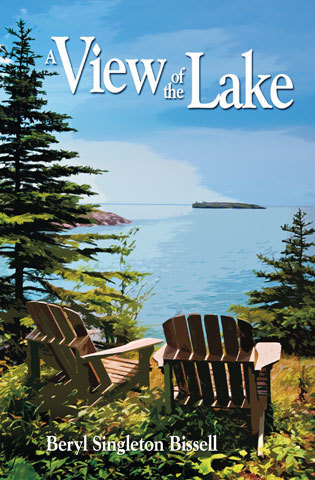 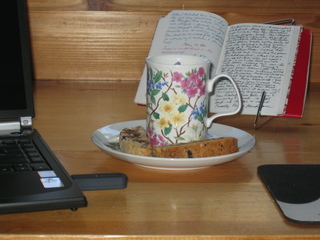 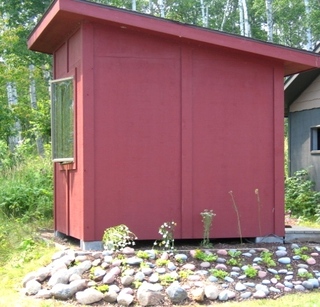 For the past few months, I've been skirmishing with several giants. The battles began with the launch of my latest book, A View of the Lake, published by Lake Superior Port Cities Inc. this June. A View of the Lake is the saga of my husband and my impulsive move to the Lake Superior’s North Shore and how it changed us. The primary market for this book is the Twin Cities and greater metropolitan area. It’s also of interest to anyone who loves lake living, or dreams of following a dream. I was surprised, then, when my email box was inundated with people in the Twin Cities asking why they couldn't find the book at Barnes & Noble. The publisher launched an investigation and learned that the regional buyer for B&N’s had ordered only 40 copies, one for each Twin Cities store. Those books were not in the stores but in B&N’s warehouse. Now, I don’t know about you, but I wander bookstore aisles and buy what looks interesting. If a book isn't there, I can’t pick it up and decide to buy it. Following the Barnes & Noble debacle, Amazon sent notices to all those who’d preordered A View of the Lake claiming the book was not available. “ How can that be?” I asked the publisher. The publisher was as amazed as I was. They been filling Amazon’s orders every week since the book was released in June. A search discovered that Amazon’s website had the book listed on two separate pages. One had the wrong ISBN number. Orders placed there could not be filled. The good news is that those who have bought and loved A View of the Lake want to buy my first book, The Scent of God (Counterpoint 2006 hardcover, 2007 paperback). The bad news is that independent bookstores where I've been doing readings and signings for the past several months have been unable to get copies of The Scent of God. I knew books were available because I’d just ordered a full case of The Scent of God in soft cover from Counterpoint’s distributor Perseus. I emailed Perseus to ask why bookstores should find it difficult to get copies. Perseus did not understand why, either. They had 800 plus copies in their warehouse. I forwarded these messages to the concerned bookstores. “What distributor do you use?” I asked. The reply was consistent: “Baker & Taylor.” Ah, I thought. I’ll just contact Baker & Taylor.” I went online, found the Baker & Taylor contact for the Midwest, and sent her an email. She wrote back saying she only handled customers (i.e. bookstores and libraries). She’d been kind enough, however, to check on the matter and found that Baker & Taylor had received a delivery of The Scent of God at their regional warehouse in Momence, IL on September 9. If the regional warehouse had received a shipment, why couldn't regional bookstores get copies? Not knowing what higher up to contact at Barnes & Noble who might work with authors and publishers, I contact Perseus asking if they could help. They were, after all, the primary distributors of Counterpoint books. “Unfortunately, no,” they replied and suggested that the “accounts in need of your title are more than welcome to call in to customer service and create an account with us for direct delivery.” So I fired off another email to the concerned bookstores. By now, the bookstores are probably sick of hearing from me. And what of those other independent bookstores who might want to order? I guess I’ll just have to leave it to their ingenuity. Here’s a question for all you authors out there. Do you have a similar story? Were you able to resolve the situation to your satisfaction? And, if so, how? There are probably others like you pulling at their hair and wondering what to do next. Read More
1 Comments

Travails of the small publisher's author

Tags: Amazon, Barnes and Noble, A View of the Lake, beryl singleton bissell, booksellers, Book sales, book order fulfillment
i wonder how many small publisher's authors encounter difficulties getting attention for their books. Every sale is critical for an author's survival. Sales determine the success of that writer as an author. Poor sales make it difficult to get their next book, which could be a block-buster, published. Amazon and Barnes & Noble probably account for the majority of book sales. My newest book, a View of the Lake, has had problems with both. I liken its difficulties to a prolonged labor. The book is still undergoing birth throes. At first the difficulties consisted primarily in getting the book listed online properly. Photo covers, product description, authorship and the like. I won't deal with those issues now. What concerns me is the difficulty my readers are having getting my book. Since the book was published in June, I have received numerous cries of distress from readers complaining that Amazon is cancelling orders due to supplier issues. The supplier, in this case, is the publisher who insists that they have plenty of books in stock and have been filling orders for Amazon ever since the book was released. Barnes & Noble is another giant, but when Barnes & Noble whittles down their sales force to one regional buyer for the entire east and east central regions of the US, the problems multiply. How can one purchasing agent accurately read the pulse of the reading public in such a huge territory. Case in point is my book. Anyone who lives in the vicinity of Lake Superior knows that metropolitan Minneapolis and St. Paul are the predominant markets for regional books. My book, A View of the Lake, while of interest to many throughout the nation, is a predominantly regional book with the Twin Cities as the major market. The Barnes & Noble buyer, however, purchased only one book per Twin Cities store, claiming that the book did not qualify as one of Metro-Interest(or some such jargon). Now, I ask you: As a reader, if a bookstore has only one copy of a book, and that book is not even in the store but in the warehouse (as happened to my book with B&N) how would you know whether or not the book is one you'd like to read? When I go to bookstores, I look first at the books that are featured. In local independent bookstores, these are often highlighted by staff recommendations. In larger stores, they are displayed on tables for the browsing public and are most often limited to books by publishers willing to finance a prominent display. Curious readers, looking for good new books from smaller publishers, hit the shelves by genre. One book on such a shelf remains hidden. If the book is not there, it does not exist.How can the reader discover whether or not they'd like to read it? I feel totally frustrated right now and I'm making noise about it. Maybe you'll join me as a reader or an author.  Read More
Be the first to comment

So much to do. So little time. 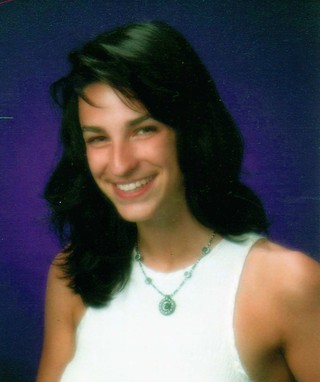 Francesca age 19
"Remember to breathe," my ex used to tell me, the one piece of good advice he ever gave me. Oh yes. Stand straight was another. I remember this midst the flurry of marketing activity surrounding A View of the Lake,my newest book. Meanwhile, the sequel to the Scent of God: Looking for Francesca the story of the search, after her death, for the daughter I lost when she was a teen, has moved to its next important stage. I received a $1,500 McKnight/ACHF/ARAC Career Development Grant for an editorial critique of this manuscript. This manuscript, after a frenetic rush to receive and incorporate first readers' insights, is now with Alison McGhee -- Pulitzer Prize nominee and NYT best selling author -- who plans to return the manuscript next week and has already sent me great suggestions about tightening the structure. Meanwhile, the weather here on Lake Superior shimmers in summertime glory and tempts me outside and away from my computer. A glorious excuse to catch my breath, stand straight, and open my arms to life. Read More
Be the first to comment

Tags: beryl singleton bissell, random musings, blog, A View of the Lake, launch parties
It's out and officially celebrated. Last night the publisher held a wonderful party for me at their offices in Duluth. I was nervous at first, not knowing what to expect. I wonder if it's always like this, the author and event coordinators hoping and praying that people show up. I had one reading in Chicago (for the Scent of God) that was attended only by staff and 4 readers. Oh, the inner distress at having to give this news to the publicist. I felt as if it were my fault for not being the hot author they'd envisioned. All that money spent on sending me to Chicago and putting me up at a swank hotel. The launch party was FUN. While not attended by hundreds, it was a roaring success and the book (and I)got mentioned on Duluth TV. Here's the link should you be interested. http://www.wdio.com/article/stories/S2139758.shtml?cat=10335. There's a short ad first so don't give up. Read More
Be the first to comment
Loading…}