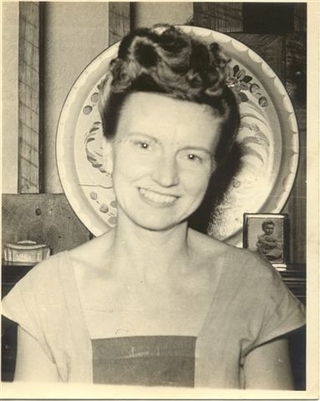 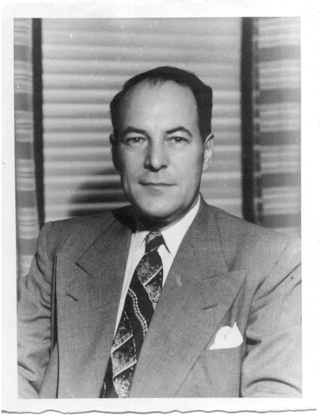 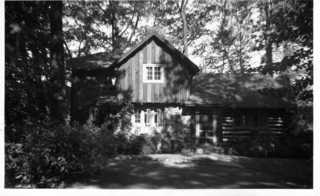 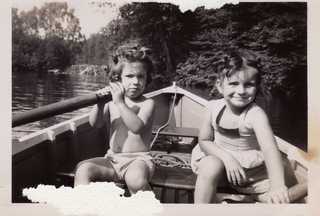 Judi and Beryl Boating on lake at Twin Oaks 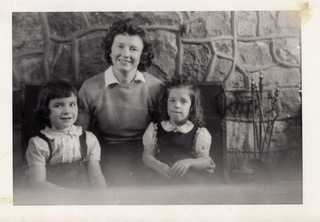 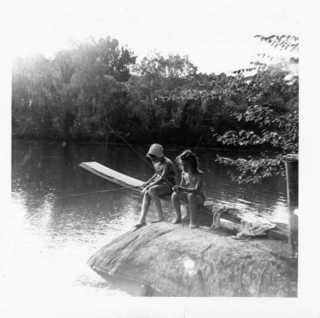 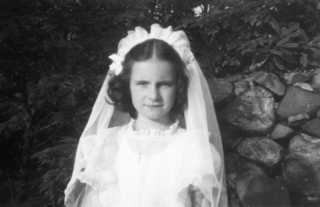 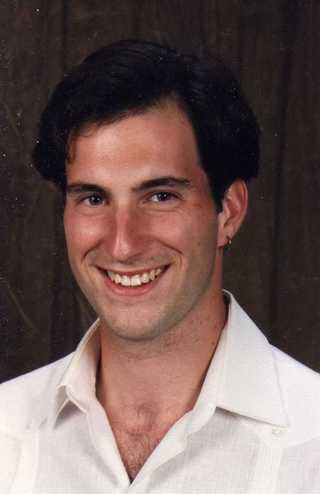 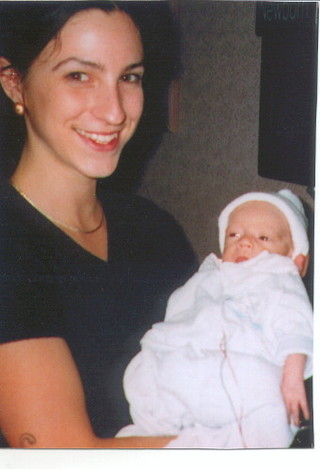 Francesca 2 years before her death 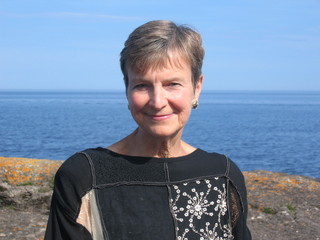 Beryl on at home on Lake Superior

Beryl was born in Saddle River, New Jersey grew up in Puerto Rico, and now live on Lake Superior in Northern Minnesota. She's been a nun, a wife, mother, a widow, a divorcee, and for the past seventeen years has been happily married to a man nine years younger than she is. Her work experience is almost as varied as her personal history. After leaving the monastery, Beryl worked with a set designer in Puerto Rico, spent a year as national coordinator for the Blue Army of Our Lady of Fatima, designed and sold 18-karat gold jewelry, and spent eight years at Milkweed Editions, a not-for-profit literary press in Minneapolis. In 1996, having returned to school as a single parent Beryl received a B.A. from Metropolitan State University, St. Paul, Minnesota.

A columnist for ten years with the Cook County News Herald, she has been published in The Sun magazine, The Trenton Times, Lake Superior Magazine, Your Life Magazine, Minnesota Monthly, and The National Catholic Reporter, the anthology Surviving Ophelia edited by Cheryl Dellasega (Perseus Publishing 2001) and The New Writer's Handbook Volume 2, edited by Philip Martin She won the Loft Creative Nonfiction Award in 1997 and received a Minnesota State Arts Board grant in 2000 and an Arrowhead Regional Arts Grant in 2011.

In 2006, The Minneapolis Star Tribune named Beryl A Best of 2006 Minnesota Authors for her first book: "The Scent of God: A Memoir" (Counterpoint 2006, 2007) which was a "Notable" Book Sense selection for April 2006. Her second book, "A View of the Lake," (Lake Superior Port Cities Inc.) was released in June 2011 and was named a Best Regional Book for 2011 by the Minneapolis Star Tribune. Meanwhile Beryl is working on her third book, "The Glass Calyx: A Mother's Story" which picks up where The Scent of God leaves off and limns the years leading to her daughter's unresolved violet death at the age of 24 and its aftermath.

Beryl Singleton Bissell grew up in Puerto Rico, spent 15 years as a cloistered Poor Clare nun, fell in love with an Italian priest, left her order, married the priest after he left the priesthood, had two children, watched her husband die of cancer and lost a daughter to murder.

Despite more than her share of drama and sorrow, Bissell, now 66 and living in Schroeder, Minn., is a joyful woman, and her new memoir, "The Scent of God," is an ode to passion both spiritual and sensual. Meticulously researched and skillfully written, it is the story of a woman who twice gave up everything for love -- first for God, then for a man.

Bissell's story is likely to put off orthodox Catholics. She sleeps with a priest, questions church practices and describes an audience with Pope Paul IV in which, she says, his eyes "glittered like the eyes in a stuffed bird."

Yet she is devoted to her faith. Every few chapters, the story pauses for a poetic description of a monastic prayer. For Poor Clare nuns, the prayers are islands of contemplation in the day, and they serve a similar purpose here.

The book's title refers to Bissell's lifelong pursuit of the holy. "Our yearning for God is so great," she said. "We're always pursuing this elusive fragrance. [The poet Rainer Maria] Rilke said, 'I ache and swell in a hundred places, but mostly in the middle of my heart.' We long for God just that passionately."

Bissell was born in New Jersey and raised there and in Puerto Rico by a beautiful, strong-minded mother and a hard-drinking, often absent father. From early childhood, she longed to live close to God. At 18, she entered a Poor Clare monastery in New Jersey, where she lived contentedly for years, working and praying, cut off from the outside world.

The monastery was not, however, a haven entire. Friendships were complicated, and Bissell's tendency toward anorexia could not be prayed away. Still, she loved her life.

In 1969, she was allowed to go to Puerto Rico to care for her father, who had had a stroke. While there, she met Padre Vittorio Bosca Pelle, an Italian-born priest almost twice her age. When love bloomed, Bissell fled back to the monastery.

By 1972, she writes, "my life held only the coals of what had once been a burning passion. Caught up in the joys of island living, the needs of my family, and my growing relationship with Vittorio, my commitment to religious life had been tamped down." Late that year, she left the order. She was 33.

She and Bosca began a tortured relationship, fighting a "searing struggle" to remain chaste but eventually falling into a passionate affair. In the book's first draft, she said, "I tried to keep it modest sexually. I ended one chapter with, 'He drew me into his arms,' and some editors said, 'You have to say more!' So I added some details, and wouldn't you know it, that's what Kirkus Reviews picked up on." (Kirkus cites a passage in which she and Bosca fall into a "wild almost crazed consuming of each other.")

After much agonizing, Bosca left the priesthood, and they married in late 1974. By then, he had pancreatic cancer, and after the birth of their children, Tomás and Francesca, he died.

From vignettes to memoir The memoir began to take shape 20 years ago, when Bissell was taking business classes at Anoka-Ramsey Community College in preparation for expanding a jewelry-making business she and Bosca had begun. A writing instructor, the late Phil DeWolfe, "told me I was a writer and taught me about symbolism and cultural conditioning." Meanwhile, her son, grousing about being the offspring of a former nun and priest, "helped me realize what an unusual story I had to tell." Over time, through her work at Milkweed Editions and classes at the Loft Literary Center in Minneapolis, she gained skill and confidence. She became friends with writer Ann Patchett after Patchett responded to a fan letter, and she read voraciously -- memoirs, books about religion, poetry. From that literary and psychological brew, "The Scent of God" emerged. She conducted extensive research, returning to the New Jersey monastery to interview the nuns, whom she described as "wonderful and supportive," traveling to Puerto Rico and Italy, and talking to family members and friends.

She's acutely aware of the controversy over "A Million Little Pieces," a memoir by James Frey that he revealed to be partly fiction. No disclaimers front her "literary memoir," she said, because it is entirely nonfiction. "The dialogue was the hardest to reconstruct," she said. "But I remember the essence of conversations, the color of the day, and have re-created them as best I can."

Love as a constant Passion -- for God, life, a husband and nature -- remains Bissell's north star.

In 1996, she married Bill Christ, a Lutheran minister. "I like my independence, but this was love at first sight," she said of Christ, whom she met while working in Minneapolis. In 1998, she and Christ moved to Schroeder, on Lake Superior's North Shore. "We had to sell everything we owned to buy our house," which overlooks the lake, "but it was worth it," she said.

Christ is pastor at Lutsen Lutheran Evangelical Church. Bissell, still a practicing Catholic, attends St. John's Catholic Church in Grand Marais. She also writes columns for the Cook County News-Herald, reflecting on everything from the proliferation of flies to the subtle beauty of gray days along the North Shore.

She has also written about her latest and deepest sorrow, the Sept. 18, 2001, slaying of her 24-year-old daughter, Francesca, in Minneapolis. Bissell declines to say much about the crime, still an open case, but is frank about "the hell of depression" that gripped her afterward.

One instrument of healing has been "centering prayer," a practice drawn from ancient Christian contemplation that she studied with Benedictine nuns in Duluth. "I've found my home in this kind of prayer," she said. "In it, I've found a tremendous inner peace and freedom from fear." Her priest at St. John's, the Rev. Mark Coen, a "radiant individual," also helped her move through grief, she said. Through it all, she said, "faith never left me." "I am not a person who would court doubt," she said. "I believe even when I cannot believe. I need faith, the inspiration and meaning it brings, the promise of life everlasting."

Her personal goal for the book was, she said, "to dispel doubts I had about the choices I had made, and to look back at my life as a journey."

Scent of a sequel? "The Scent of God" ends with Vittorio Bosca's death; her daughter's death appears only in an epilogue. Clearly, her life since her days as a young widow could feed another memoir.

Will there be one?

"Oh, yes," she said. Maybe a sequel, a book on contemplative prayer and possibly a collection of her columns.

Her theme, she said, is that "we shouldn't box love in."

"It does open you to terrible pain," she said. "But it is the great gift of life, to love and be loved."